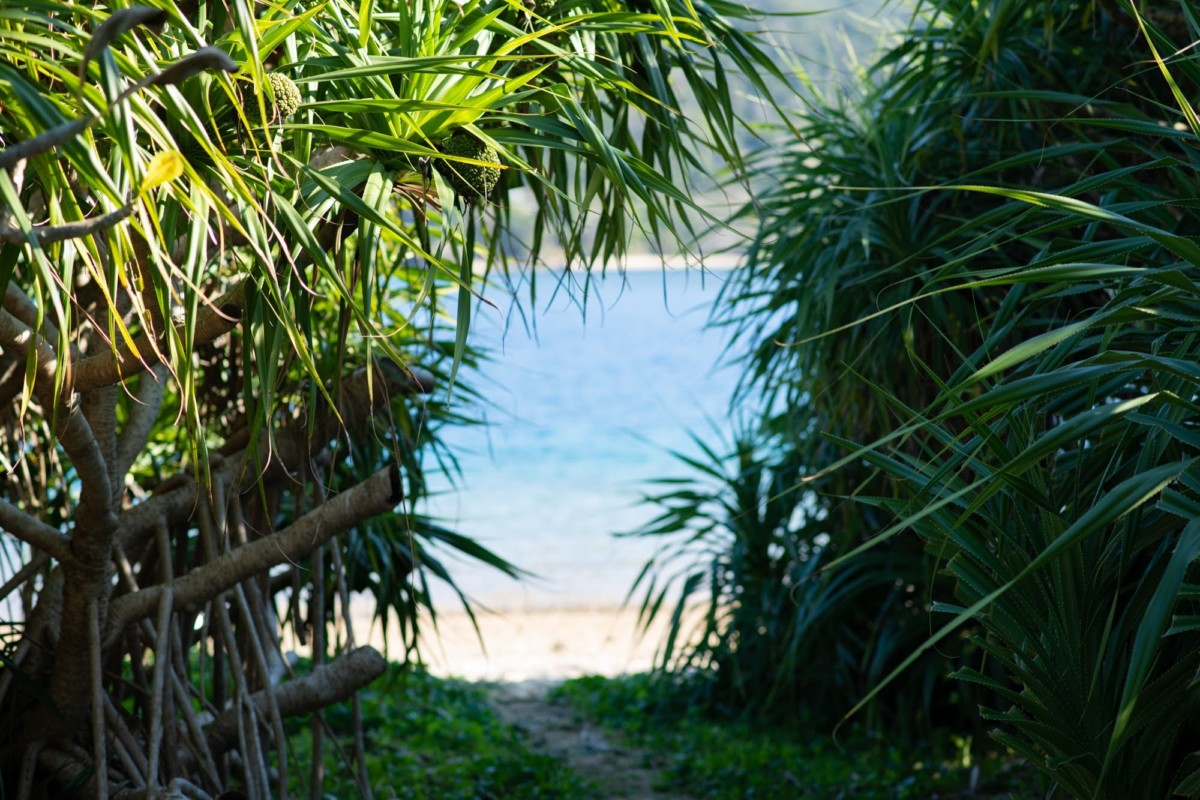 What kind of island is Amami Oshima?

It is about 80km from Kasari-cho at the north end, which is close to Amami Airport, to Koniya, Setouchi-cho at the south end, and it is about 2 hours by car. The Naze area, which is the center of Amami, has many restaurants and is a busy city, but most of the island is covered with dark greenery, and the untouched dynamic nature spreads out.

Kakeromajima, where the Amami Aizen Study Group is located, is a small island about 15 minutes by boat from Koniya Port, which is the southernmost tip of the Amami main island, across the sea. The population is about 1000. There is no convenience store in the town, and the internet environment is not enough. You may think that there is nothing for a moment, but there is a magnificent view right in front of you that you don’t need any more.

An endlessly beautiful white sand beach, a clear sea, and a powerful banyan tree that seems to start moving at any moment. The mysterious and clear air unique to this island is something you can never feel anywhere else. Leaving yourself in the magnificent nature and spending a relaxing island time will free you from your busy daily life, forget about your dislikes, and blow away the tiredness of the city.

The most eye-catching thing for those who come to Amami Oshima is the clear and refreshing color of the coral reefs, also known as “Amami Blue”. Whether it’s cobalt blue or emerald green, you’ll be fascinated by the incredible rich colors that can’t be easily described.

The expression changes from moment to moment depending on the season, time, and weather, such as the golden water surface that shines with the rising sun, the blue reflected under the blue sky where the sun shines, and the fiery orange when the dusk sun sets. In the landscape, you can meet a breathtaking miraculous moment.

On the other hand, most of the mountainous areas that occupy most of the island are vast forests. The largest subtropical laurel forest in Japan is spreading. There are many popular scenic spots such as the mangrove virgin forest where you can enjoy canoeing while interacting with nature.

It is attracting attention as one of the world’s leading whale watching and swimming spots, which is visited by parents and children of humpback whales every year in winter.

In the forest, there are many rare animals and plants that can only be seen in this area in the world, such as natural monuments such as the Amami rabbit and endangered species. On July 26, 3rd year of Reiwa, the registration of “Amami Oshima, Tokunoshima, Northern Okinawa Island and Nishiomote Island” was officially decided as a World Natural Heritage Site.

Alive traditional culture, local cuisine, and the warmth of the islanders

The abundant nature is a big attraction of Amami Oshima, but it is not the only one. The unique traditional culture nurtured by the people of the island is a valuable experience that cannot be experienced anywhere else. For example, in Amami, there is a custom to think of August in the lunar calendar as the New Year, and people sing and dance in a circle while hitting a small drum called Chijin, wishing for a feeling of gratitude to God and a good harvest. There is a festival called. Many treats are lined up in the center, and lively laughter echoes until late at night, which is a local custom of this island.

Of course, you can’t miss the island food. Local cuisine is called “shimajuri”, and it’s hard to find anywhere else. The most famous dish is chicken rice. It is said that it was created to entertain officials during the Edo period under the control of the Satsuma domain. Put ingredients such as boiled and loosened chicken, pickles, and broth eggs on rice and sprinkle with hot chicken soup.

For those who have never been to the island, such as oil somen, goat juice, salted boiled tobinnya (magakigai), pickled papaya, sotetsu miso, and fermented drink miki, just ask once. Then, there are many dishes like Nazonazo that you can’t imagine. If you try a bite of each, it will be delicious and relieved. A major feature of this island is that you can get a variety of fresh ingredients such as fish, vegetables and fruits.

And after all, the most enjoyable thing is interacting with the people who live on the island. The warm and warm hospitality of the islanders will melt the hearts of the visitors, heal them, and make you feel at ease.